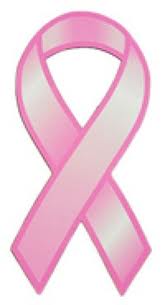 I planned to get started on this post several days ago but I was sidetracked by the recent Meningitis Outbreak due to contaminated steroid injections.  So, on to Breast Cancer Awareness!
(part 1 here)

I like food!  I also like my body and fitting into my jeans. We make choices every day the will potentially effect us for the rest of our lives.

According to Breastcancer.org, (click the link for all of the stats)
Care2 (while I never don't always agree with their politics) has a great article about foods to avoid to reduce your risk.
1. All charred food, which create heterocyclic aromatic amines, known carcinogens. Even dark toast is suspect.
2. Well-done red meat. Medium or rare is better, little or no red meat is best.
3. Sugar, both white and brown–which is simply white sugar with molasses added. (See Care2′s Directory of Natural Sweeteners for great, healthy alternatives.)
4. Heavily salted, smoked and pickled foods, which lead to higher rates of stomach cancer.
5. Sodas/soft drinks, which pose health risks, both for what they contain–sugar and various additives–and for what they replace in the diet–beverages and foods that provide vitamins, minerals and other nutrients.
6. French fries, chips and snack foods that contain trans fats.
7. Food and drink additives such as aspartame.
8. Excess alcohol.
9. Baked goods, for the acrylamide.
10. Farmed fish, which contains higher levels of toxins such as PCBs.

I cut out most of these items when I decided to live healthier and lose weight.

-We don't grill anything because it creates carcinogens (like smoking a cigarette).
-We recently switched to Agave or honey instead of sugar.
-Soda?  I had a diet coke habit and for the hubby it was Monster.  Not only is it expensive but it ruins your teeth, stomach, liver and health.  Save your money and drink water!
-Trans fats = Yuck!
-Asparatame = POOP!  Literally!  There is evidence that not only does Asparatame make you FAT by making you crave more sugar but also that it is from GMO E.Coli Excrement.  Yep, POOP!
-Alcohol, sorry folks but I'm not giving up my glass of wine here and there.  Moderation is key!
-Baked Goods?  OUCH!  If you make your goods from scratch they should not have the same chemicals as store-bought.  Remember my post 6 Ingredients you May Not want in Your Food!

I hope you have enjoyed this informative post.  I learn something new every day!  Stay tuned for Food for Breast Health!

I like your helpful posts. I am going to use some soda and vinegar for shampoo, too.

So informative! Thanks for linking up To Whimsy Wednesday!

Found and followed you through Adorned from Above's link party, and I'm so glad I did! I lost one of my boss's to breast cancer earlier this year. She was able to prolong her life by changing her diet, so I highly suggest people keep reading your posts!

Hope you stop by my blog sometime!

Thanks for sharing! I never thought about grilled food being dangerous. Good to know.

These are good tips, but agave nectar is not the health food it's touted as. It has as much fructose or more of high fructose corn syrup. Fructose is what feeds cancer cells in our bodies.

Thanks for sharing the information on my Healthy Tuesday post. :)

Thank you all for stopping by and leaving such positive comments!
If you have not already, enter the Mary's Salsa Pack Giveaway so you can Grow Your Own!
http://back2basichealth.blogspot.com/2012/10/marys-salsa-garden-pack-giveaway.html

Great information! Thank you! It's amazing how we are literally poisoning ourselves all day long!

Important tips to share! Thanks for posting them on Tuesday Greens. I had never thought about the baked goods. Another things to make from scratch at home!! :)

What an awesome informative post! Thanks for sharing this! I am a new follower and I am looking forward to staying connected. Would love for you to visit me and join my site as well. :)

Thank you for linking up at Super Sweet Saturday. Very informative post. I think aspartame is about the worst stuff out there. We eat way too many baked goods around here but at least they are all homemade!
Stephanie
swtboutique.blogspot.com

Thanks so much for sharing this at The Fun In Functional! These are great tips and definitely worth remembering.

Thanks for another important and informative post. Thanks for sharing at Sweet Saturday!

This is all great information. Lately I've cut out diet soda, artificial sweeteners, and I almost always bake from scratch.

Thanks for sharing with my NO RULES Weekend Blog Party :)

Really informative post. I would love to hear more about using natural sweeteners in recipes. We have backyard bees and get a lot of honey from them, but I am not sure how to substitute it for regular sugar in my recipes. I did not know that brown sugar was just white sugar! I thought it was better for you. Thanks so much for sharing at Mom's Library!

Adorned From Above said...

Thanks for linking up on Saturday Show and Tell. I hope you'll be back again this week with more great stuff.
-Macknezie
http://www.cheeriosandlattes.com