The Dark Side of Food and Food Production

Do you know where your food comes from?  Do you know WHO is making decision about your food and food production?  Some say the topic of food is Political, others say it's economics.  Read "So you think you're buying Organic,"  and "The Politics of Food" so you might have a better understanding of where I am coming from.

Hunger and poverty are on the rise in the US.  Are we still "The land of opportunity?"  Some say the answer is No.

Today is a dark day in the world of commercially grown/raised food.  It's politics as usual in Washington and it has nothing to do with our (the citizens of the US) best interest. 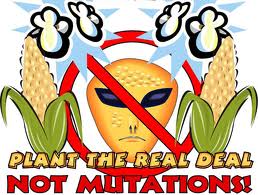 Islam Siddiqui, Vice President of the Monsanto and Dupont-funded pesticide-promoting lobbying group, CropLife, is now the Agriculture Negotiator for the US Trade Representative.

Rajiv Shah, former agricultural-development director for the pro-biotech Gates Foundation (a frequent Monsanto partner), served as Obama's USDA Under Secretary for Research Education and Economics and Chief Scientist and is now head of USAID.

Solicitor General Elena Kagan, who took Monsanto's side against organic farmers in the Roundup Ready alfalfa case, has been nominated to the Supreme Court.

Now, Ramona Romero, corporate counsel to DuPont, has been nominated by President Obama to serve as General Counsel for the U.S. Department of Agriculture.
~~~~~~~~~~~~~~~~~~~~
Did you know that the 2012 Farm bill has special provisions for Monsanto and GMO crops?

"A so-called 'Monsanto rider,' quietly slipped into the multi-billion dollar FY 2013 Agriculture Appropriations Bill, would require -- not just allow, but require -- the Secretary of Agriculture to grant a temporary permit for the planting or cultivation of a genetically engineered crop, even if a federal court has ordered the planting be halted until an Environmental Impact Statement (EIS) is completed," wrote Alexis Baden-Mayer and Ronnie Cummins in a recent piece for AlterNet.

DO NOT take my word for it.  Read the bill yourself HERE. 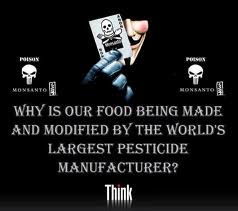 "Historically Monsanto has been involved with the production of PCBs, DDT, dioxins and the defoliant / chemical weapon ‘Agent Orange' (sprayed on American troops and Vietnamese civilians during the Vietnam War). Originally a chemical company, Until the late 1990s Monsanto was a much larger ‘lifesciences' company whose business covered chemicals, polymers, food additives and pharmaceuticals, as well as agricultural products."

As The Washington Post reported, "for nearly 40 years, while producing the now-banned industrial coolants known as PCBs at a local factory, Monsanto Co. routinely discharged toxic waste into a west Anniston creek and dumped millions of pounds of PCBs into oozing open-pit landfills. And thousands of pages of Monsanto documents : many emblazoned with warnings such as 'CONFIDENTIAL: Read and Destroy' : show that for decades, the corporate giant concealed what it did and what it knew."
source

Are you still with me?  This is no conspiracy theory. 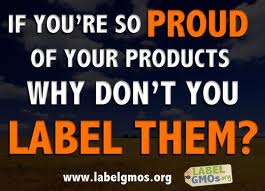 Last but certainly not least is Eli Lilly.

From Think Before you Pink:
"Eli Lilly acquired rBGH, sold as Posilac, from biotech company Monsanto in 2008, despite the bad publicity Monsanto received for years for developing the hormone. Even more disturbingly, Eli Lilly acquired rBGH from Monsanto knowing that Monsanto’s own studies show milk from cows treated with rBGH/Posilac contains increased levels of IGF-1, a hormone linked to cancer.

Eli Lilly has taken pinkwashing to a whole new level. By adding rBGH to the products they sell, Eli Lilly has completed its cancer profit circle: it creates cancer with rBGH, it sells cancer treatment drugs like Gemzar, and it sells a drug, Evista, to reduce the risk of breast cancer in women at high risk of the disease. Eli Lilly’s cancer drugs made $2,683,000,000 for the company in 2008. Its potentially carcinogenic dairy hormone made millions of dollars in the same year. Eli Lilly is milking cancer."

Speak up!  For your children, your friends and family...Speak up for people you don't even know.  Be aware, be active and do your part to ensure food safety for generations to come!

Email ThisBlogThis!Share to TwitterShare to FacebookShare to Pinterest
Labels: gmo

Wow -- very informative. It's great to know you are so concerned about our food production and where it comes from. Bravo!

Aloha - popped in from the blog hop.