From the NY Times " Millions in the US Drink Contaminated Water"
More than 20 percent of the nation’s water treatment systems have violated key provisions of the Safe Drinking Water Act over the last five years, according to a New York Times analysis of federal data. 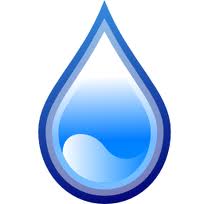 That law requires communities to deliver safe tap water to local residents. But since 2004, the water provided to more than 49 million people has contained illegal concentrations of chemicals like arsenic or radioactive substances like uranium, as well as dangerous bacteria often found in sewage.

From an article published in 2011 from Mother Nature Network

But despite four decades of work that made U.S. tap water safer in general, a flood of dangers still lurk below the surface. In a 2009 report, the EPA warned that "threats to drinking water are increasing," adding that "we can no longer take our drinking water for granted." And late last year, the Environmental Working Group proved the EPA right, issuing a landmark report that chromium-6 is prevalent in at least 35 U.S. cities' water supplies. Made famous by the 2000 movie "Erin Brockovich," chromium-6 is listed as a probable human carcinogen, and the EPA is now considering whether to regulate it nationally.

Things like arsenic, E. coli and PCBs are well-known water contaminants, but another potential threat is often overlooked by the public — underground injection, an industrial practice that involves blasting high-pressure liquids into deep underground wells.

Is bottled water better?
Many Americans seemed to think so throughout the 1990s and early 2000s, but the financial and environmental costs of bottled water are now widely seen as outweighing the slim chance of being poisoned by the kitchen sink. For one, bottled water is often little more than packaged tap water anyway, since many companies use the same municipal water sources that supply homes and businesses. Even if the company treats the water further before bottling it, the accumulated cost of buying bottles is a steep price to pay for no guarantee the water is any safer.

Are you outraged yet?  Disgusted perhaps?  I know it can be pretty frustrating.  This is what my husband and I have been researching for the past few weeks.  These are just several examples of dirty "drinking water" in the US.  THIS is why we have created our own Water Filtration System.

You don't have to pay an arm and a leg for clean water!

We have recently added Water Filtration Systems at Mary's Heirloom Seeds.  They are great for everyday use as they last approx 12 months per filter.  Or, save em for a rainy day in your emergency preparedness kit.  Clean water is a necessity.  Serious! 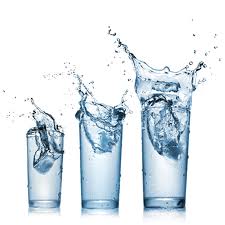 Thank you for hopping on board The Great Blog Train! -Marci @ Stone Cottage Adventures

Hi Mary, I just shared your info on my page. It is alarming. Kim

Mary, I was wondering about other components in plastic such as xeno estrogens and formaldehyde. Also can you tell me if there is a filter for fluoride removal? Thanks!

Carey, I could not respond directly. You can send me an email to
mari_back to nature@yahoo.com
The filter we sell does remove fluoride!
The plastics we use are food-grade.

Great post on a very scary situation. I have been worried about our water supplies for quite a few years! Thank you and maybe others will pay attention and do something before it is too late.

Great info as always! Thank you for sharing with us at the HomeAcre Hop. Hope to see you again tomorrow: http://wp.me/p2urYY-159

Good wake up call on water safety! Thanks for sharing on Wildcrafting Wednesday! :)

Thanks for sharing on A Humble Bumble Healthy Tuesday's Blog Hop!
Kerry from Country Living On A Hill

Great post! This is really informational stuff. The town I live in had the worst tasting tap water of all time. No one was able to drink it and even after buying a filter it still tasted off. I think they got so many complaints that they got a water testing service to come in and see what was wrong with it.

I think this How to remove Fluoride from water will fully complement your article.


I enjoyed reading your article :) PLease continue publishing helpful topics like this. Regards, from CWR