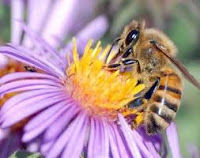 Death of the Bees.
Genetically Modified Crops and the Decline of Bee Colonies in North America
This article was originally published by Global Research in March 2008
Commercial beehives pollinate over a third of {North}America’s crops and that web of nourishment encompasses everything from fruits like peaches, apples, cherries, strawberries and more, to nuts like California almonds, 90 percent of which are helped along by the honeybees. Without this pollination, you could kiss those crops goodbye, to say nothing of the honey bees produce or the flowers they also fertilize’.1


This essay will discuss the arguments and seriousness pertaining to the massive deaths and the decline of Bee colonies in North America. As well, it will shed light on a worldwide hunger issue that will have an economical and ecological impact in the very near future.
There are many reasons given to the decline in Bees, but one argument that matters most is the use of Genetically Modified Organisms (GMO) and "Terminator Seeds" that are presently being endorsed by governments and forcefully utilized as our primary agricultural needs of survival. I will argue what is publicized and covered by the media is in actuality masking the real forces at work, namely the impact of genetically modified seeds on the reproduction of bee colonies across North America.
Genetically modified seeds are produced and distributed by powerful biotech conglomerates. The latter manipulate government agricultural policy with a view to supporting their agenda of dominance in the agricultural industry. American conglomerates such as Monsanto, Pioneer Hybrid and others, have created seeds that reproduce only under certain conditions, often linked to the use of their own brands of fertilizer and/or insecticide. 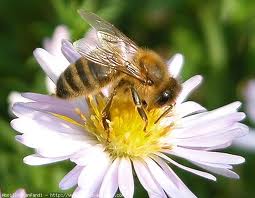 You'll find the rest of the article here.
Posted by Mary Smith at 7:27 AM