From our first post Ancient Seeds,  The definition of an heirloom is a seed variety that is more than 50 years old.  Some prefer a variety that is over 100 years old. An heirloom seeds is NOT a GMO and is NOT a hybrid.
At Mary's Heirloom Seeds, we offer a few varieties than can be traced back as far as the 1700s!  It's true!

From Slow Food USA,
The Miccosukee name for this product is “chassa howitska” meaning “hanging pumpkin”. The reference is to the method by which the pumpkin grows, as the Seminole and the Miccosukee people would plant the pumpkin seeds at the base of girdled trees, so that the pumpkin vines would grow up the trunk, and the pumpkin fruit would grow to be hanging from the bare limbs. It was under cultivation by Seminole people before Spaniards arrived in Florida in the 1500s. Immigrants to Florida also adopted this cultivation method, producing hundreds of pumpkins per acre.

Next up is the MAYFLOWER BEAN 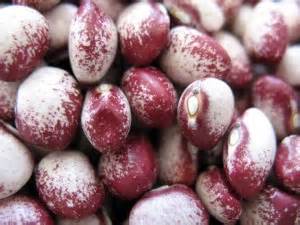 This is the bean that is said to have come to America with the Pilgrims in 1620. This old cutshort green bean has great flavor and the red/white beans are quite tasty. A long-time staple in the Carolinas.
It is also known as "Amish Knuttle" bean. 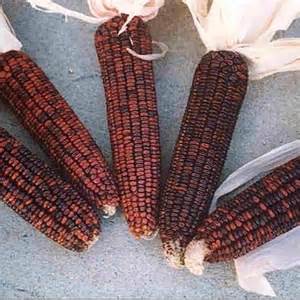 Originally from Virginia and traced back to 1845 (most likely grown and traded by Native Americans long before this).  Stalks grow 10-12 ft. tall producing 2 to 6 ears per stalk. Kernels are blood-red with darker red stripes, and occasional white or blue kernels. Great for flour, cereal, or roasting ears. 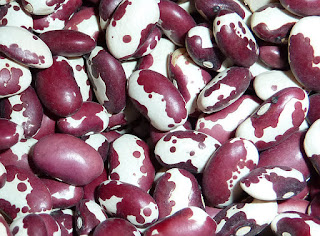 The Anasazi were Indians who lived in the four corners area (now Colorado, Utah, Arizona and New Mexico) dating back to 130 A.D.
Anasazi Beans were one of the few crops cultivated by the Anasazi. They were found in the ruins by settlers to the four corners area in the early 1900's
Here is a priceless heirloom that's one of the varieties that kicked off the heirloom movement. Its dramatic appearance of white heavily mottled in maroon is similar to that of Jacob's Cattle bean, but its history is entirely distinct, having been cultivated in the Four Corners region of the Southwest United States. The mealy texture makes it great for baked beans and casseroles, but it's equally good in soups and stews. 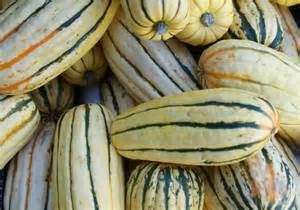 Delicata has a very tough skin which makes if perfect for baking on coals, on the grill or to just simmer in its on juices while in the oven.   This tough skin also serves as the perfect wrapper protecting it for up to 6 months in storage! 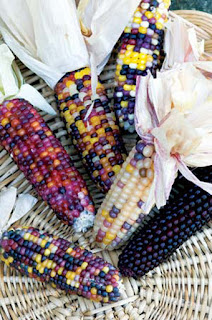 A beautiful blend of brightly colored long ears, wonderful for fall decorations, and is great for popping. This beautiful corn was selected by Carl Barnes, a world-renowned Cherokee corn collector from Oklahoma.
Carl has helped save many of the Cherokee corns that came west over the Trail of Tears. Small kernelled variety makes surprisingly large pops, yielding for a low hull/ corn ratio. Great flavor. Highly ornamental, 5-7 in. ears have many shiny colors including red, blue, orange, white, and yellow. 6-8 ft. plants.
From Mother Earth News,  "Popcorn is thought to have developed in Mexico many thousands of years ago and then spread through the rest of North America and into South America. Some Native American groups may have been growing it earlier than other types of corn because of its many culinary applications. The Cherokee Nation probably acquired the popcorn through trade contacts with some other group, but they tinkered with it and made the variety what it is today. It’s different from most popcorns in that the kernels come in a rainbow of shades: yellow, white, purple, pink, blue, rose, red, black, olive, orange and more, which is why this corn is so popular as a decoration. A certain number of cobs will be almost uniform in color with dark reds or blacks predominating. These kernels can be set aside and grown by themselves, so that eventually you can have your own designer colors of popcorn." 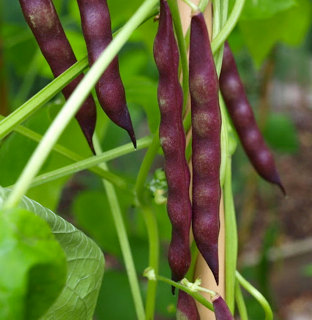 This heirloom was brought from Tennessee by the Cherokee people as they were marched to Oklahoma by the Federal Government in 1839 over the infamous "Trail of Tears" that left so many dead and suffering. This prolific variety is good as a snap or dry bean and has shiny, black beans. Hardy, vining plants.

From Vegetables of Interest, "One such story is that of a black bean grown by the Cherokee in the Carolinas which had no name other than "bean."  It  was carried by the Cherokee along their journey as a source of food and a token of hope.  Once in Okalahoma it was re-named the "Trail of Tears Bean" and has been maintained by the Cherokee since that time."

In case you missed it, our current Seed Project is the FREMONT BEAN.  Please read Saving the Fremont Bean.  If you sign up for our mailing list, you'll receive all of the updates.

At Mary's Heirloom Seeds we also offer a very unique selection of both Medicinal and Culinary herbs, some that have been used for centuries.


All of the seeds listed are open-pollinated, non-gmo and non-hybrid, non-patented,  untreated, heirloom garden seeds.
Mary has signed the Safe Seed pledge.
Most seed orders placed Monday-Thursday are shipped within 24 hours, (except for holidays)
If you have additional questions, please feel free to ask!